Ok folks, after what I think I can safely classify as the hardest and most surreal seven weeks of my life so far I am finally ready to get back to blogging. I figured I’d start with filling you all in a little on what went on over these past few weeks. 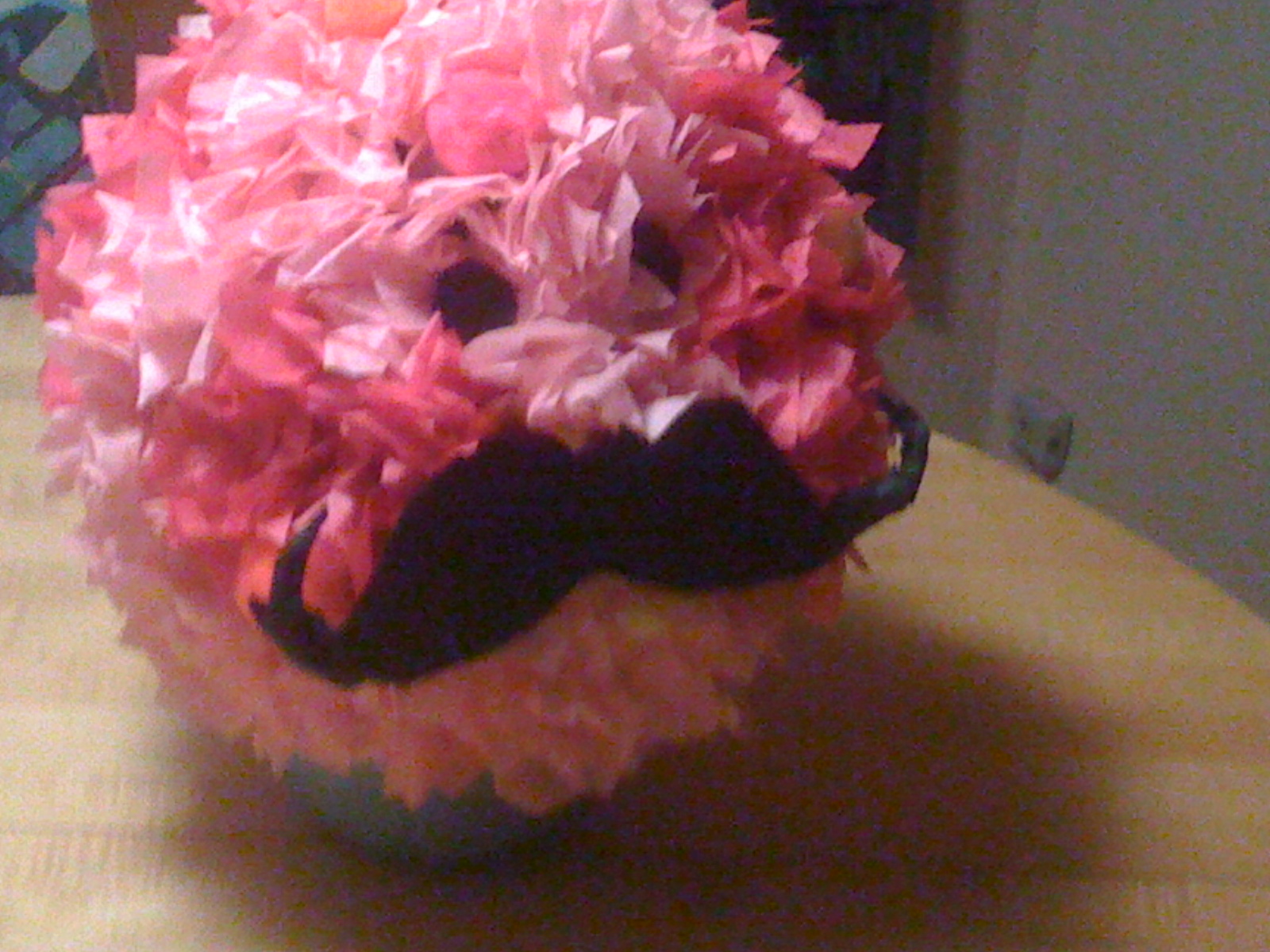 (actually pinata replica of Ernesto made by my fabulous sister)

Ernesto is the name I gave to the tumor that was discovered a little over 6 weeks ago in my chest. A discovery that has radically altered my life in the interim and will undoubtedly color everything from here on out. Ernesto was a teratoma, a collection of extra cells I had had since birth and had grown with me and slowly over time begun taking over my chest. Of course I knew nothing of this because a) it happened very gradually and b) I am young and  active both of which kept the major symptoms at bay and allowed my body to respond and compensate to any negative effects. But it was inevitable that eventually the presence of this foreign thing taking up space in my body would be discovered and so it was Super Bowl Sunday when I went to Urgent Care after having intense back pain which had kept me from sleeping for four days which in turn made me a totally crazy person. Initially, after a quick in take and inspection I was diagnosed with a pinched nerve and bad head cold but “just to be sure” they wanted to take an x-ray of my chest to see if I had fractured my collarbone. So, riding the lovely feel-good wave of all the pain killers they had given me, I went to get an x-ray and back to my little pod to wait for the results. About 30 minutes later the doctor came back in and said my collarbone was but “and this was the tough part,” they had discovered a mass in my chest between my lungs and heart. And so began what would be the first of many, many, many pokes, scans, x-rays, prods and consults to figure out exactly “what we were dealing with.”

Fortunately U Penn, only a few miles from my house, is home to the top thoracic surgery department in the country to I was in the best hands I could possibly be in. Which was a huge bit of luck because with their experience they were quickly able to determine that Ernesto was a very, very big boy. In fact he was taking up approximately 1/3 of my chest cavity and had sneakily done things like decrease my lung capacity a sizable amount, pushed my esophagus over an inch and a half, at some point in the last few year it had killed the artery to my left arm (something I had never consciously had symptoms of but as a response 4 other smaller veins had expanded to compensate for the lost blood flow) and most notably had closed off the majority of the veins under my rib cage leaving the few veins and my vena cava (major artery from my head to my heart) which run over my rib cage majorly stressed. This last symptom explained my swollen face and neck which I had figured was just a little weight gain but was actually a sign of Superior Vena Cava Syndrom the most threatening effects of Ernesto’s existence. Of course, there was also the question of whether the tumor was cancerous but after all the scans and tests my surgeon was able to say with “90%” certainty that my little invader was, in fact, benign.

With all this information in front of us it was very clear that Ernesto needed to come out and it had to be soon. So, we booked the surgery for the following Thursday (a mere 10 days after everything began), my parents booked their flights out and I began preparing. It was a really hard week to get through, patience has never been my strong suit, and it wasn’t helped by sitting in a pre-op appointment during which my surgeon made it very clear that I could very well not survive the surgery. But my absolutely amazing sisters, family and friends stepped in to distract me and keep my spirits lifted so when surgery day came I was as ready as I was going to be.

There isn’t much suspense involved here. Well, not anymore, but I’ve heard it was a rather rough 6 hours of waiting for the folks in the waiting room. While I was asleep my ace team opened my chest up and removed Ernesto from his nesting spot and I woke up with a 7″ scar down the center of my chest and a whole lot more room for my lungs, heart and everything else to move around. In the end he was 17 cm and – I do type this with some pride- the largest non-cancerous thoracic tumor ever removed at U Penn. The surgery took a much greater toll on me than I was expecting. It was on par with a transplant surgery according to my surgical team and left me in a whole lot of pain and with some major work to do to regain my full lung capacity now that there was room to do so. I spent a week in the hospital before I was released to recover at home and despite my doctor’s order not to return to work for 4-6 weeks after the surgery I started working from home a little while later since I’ve never really been good at being idle. I even pulled myself together to head to SXSW to cover the event for work which turned out to be a good way to put Emma the patient away and let the real Emma come back. It also reminded me how badly I want to get back to TWIAPC.

Recovery has been a major reality check in terms of my physical and emotional capability but I know with 100% certainty I will be coming out of this stronger. While I’m still fully processing everything that has gone on and I still have a lot of work to do to be back to full operating speed I know I am ready to get back to doing the things I love most so, I’m going to try to get TWIAPC back up and running again.

During all of this I have leaned on my immediate family, friends and, of course, my beyond incredible boyfriend who was there every inch of the way -even curling up in a chair to sleep in the hospital with me during one particularly scary night of tests- and for them and all the wonderful emails, tweets and comments of support I have received from people I will be forever thankful. I also thank you for your patience while things have been dark here and I hope to make it up to you.

For now I leave you with the brilliant movie my sister Lilly made as a way to make me laugh.

What Others Are Saying