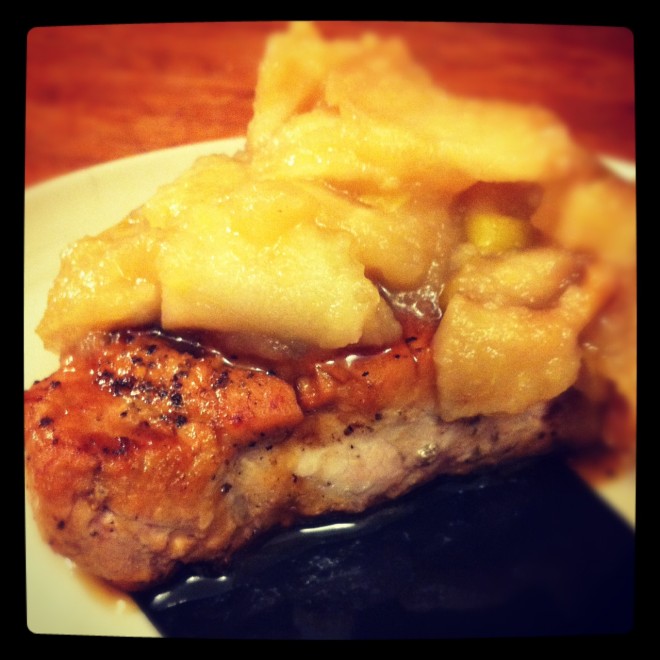 I am coming up on my 1 anniversary of eating meat and I feel I’ve only recently started to warm up to the real art of cooking meat. Letting my mind wander back to the many super tasty meals my mom mande for us when I was a kid I’ve been venturing beyond chicken and turkey into the world of pork, sausage and beef. One meal I’ve been particularly hankering for is pork chops and applesauce. I have fond memories of my mom’s nicely caramelized chops with a hint of rosemary always served with applesauce on the side. It was something she always made in the fall which is probably why it’s on my mind.

When I decided to give pork chops a go I couldn’t simply remake it the way my mom did, cause, well, she’s the only one who can make it taste that way. So I decided to let the applesauce lead me. I found a recipe for pan roasted applesauce and I started there. Since I also had to develop a recipe for work I decided to carry the apple theme into a rum spiked cider pan sauce. Which left me to pick some spices for the pork. Using this fantastic tastebud map I settled on sage and got to work. After a few runs at this concept I’ve landed on the final method and I think it’s on par with my mom’s pork chops.