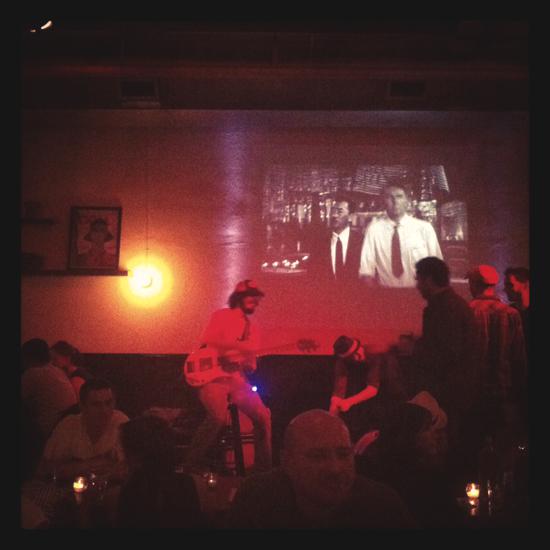 Salad and Jazz are two things that are most often taken for granted but when done really really well can be transcendent. This past Saturday I had the totally unexpected pleasure to experience superb salad and jazz at the same time. Yeah, I am fully aware this is a strange combination of things to elicit excitement but it’s one of those thing you cannot anticipate until it happens – like the joy of eating gummy worms in the shower (try it and tell me you doesn’t make you smile).

We had spent Saturday wandering through Brooklyn with friends and by the end there were three of us left standing and we were hungry. So, we decided to head to Cubana Social for their masterful tipples and give their food a taste. As I mentioned this wasn’t a meal I was expecting to blow me away, I was simply following the collective tastebuds. After a brief stop at the bar while waiting to be seated we were shown to a table in the middle of the dining room. The CS space is incredibly well done, just enough design to establish a comfortable “lived-in” feel without looking hokey. The major bonus was even with the high ceilings and sparse decorations sound didn’t crash around; instead it maintained a slight hum that allowed for reasonable conversation without shouting.

Service was quick and kind, our appetizer – a pickle plate – was on the table in no time and within a few minutes of polishing off the very tasty selection of brined and pickled veggies out came our entrees. This is where the salad made its entrance. Originally the Summer Salad had called out to me for it’s use of chive (something I have tons of in my garden and need ideas for) but the beautiful plate that landed before showed off the absoute best of each ingredients. The combination of chive, purple cabbage, pea shoots and watercress with orange slices tossed with just enough vinaigrette to tie it all together was resplendent. All the factor were considered when putting this dish together the subtle flavor of the chive played well with the watercress and the orange added just the right amount of zip. The cabbage and peashoots provided a texture and body most often lacking in a salad. Bringing this all together in a reasonable serving and paired with one of Cubana Social’s brilliant cocktails (I highly recommend the Dill Paloma) would have been enough for me to leave with a happy tummy and praises on my lips. Then the jazz started. 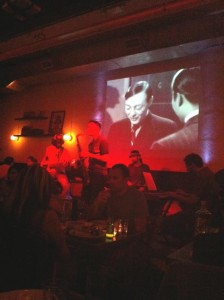 The bartender had mentioned briefly that the bassist for the nights entertainment, the Devin Collins quartet, was the son of jazz great Jaco Pastorius, one of my favorite bass players of all time who passed away in 1987 so seeing him live isn’t really an option. Well, it turns out Jaco’s spirit is alive and well in the hands of his massively talented son Felix. The four fellas who took the stage Saturday night all possessed an enviable amount of talent. This was immediately apparent as they started playing. The mark of good jazz to me is performers who make music that is at once complicated, intriguing and familiar while also entirely comfortable and by this definition the set the Devin Collins quartet delivered this weekend was ace.

What began as an unassuming end to a wonderful day ended up being one of the best dining experiences I’ve had of late. I am eager to revisit the menu and music at Cubana Social again soon.

What Others Are Saying