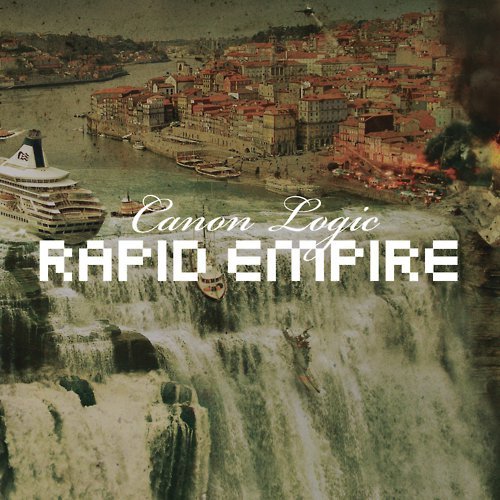 A New EP From Canon Logic

I have been in major like with Canon Logic since early last year when I first heard their album FM Arcade. They have a very clean and unencumbered sound that doesn’t underestimate the listener. It’s simply good music and, like most good music, it gets a lot of play and a lot of the “Wait, who is this? I really like it” when it pops up in my rotation.

When I got an email last week from Sean, their bassist, telling me of their new EP Rapid Empire I will admit a squee of excitement rose from my lips. And yet another when I finished my first listen, approximately 25 minutes later. While it is brief at just 5 tracks – perfectly normal for an EP- each is it’s own nugget of pop awesomeness.

A few weeks ago I was having a discussion with a friend about the absence of new bands carrying the torch of unrestrained pop made popular groups like Crowded House and Talking Heads and I think Rapid Empire is a reminder that Canon Logic is just that band. “Dungeon Fallout” is a soaring ballad with pianos propelling the lyrics over a landscape created by unexpected power chords and rich backing vocals. It’s epic and enveloping. Similarly, “No Domino” tells a story with the same charge of energy fueled by layered choral vocals and well placed piano.

I find every inch of this release is enjoyable and dense enough to find new nuances with repeated listens. It does more than whet the appetite for a full length release it leave you drooling for more.