We Got The Oscars Covered 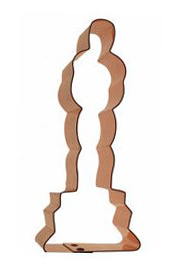 The Oscars are one of my favorite awards shows to watch. Normally I have a slew of people over, make copious amounts of finger food and run little trivia prize sessions. I would also have seen a fair number of the movies. However, due to a poorly timed bit of flu this weekend and a failure to see 80% of the movies nominated I find myself terribly unprepared. To rectify this I thought I’d assemble a mix of covers that are somehow associated with the 10 Best Movie nominees.

Bear with me this may get a little abstract but therein lies the fun.

Ok, I thought I would start with the most obtuse selection. Nothing in my covers collection really jumped out at me so I had to get creative and, to really cover my ass I chose two. The first, Poker Face is going for the literary connection a good poker face is very serious – or so I’ve been told- and the second, My Home Town was selected because the movie was shot in my hometown-ish. So there ya go.

My Home Town – Kallet,Epstein And Cicone

If you’ve had the chance to see this incredible movie you will know why this song is pretty much the perfect fit. Tarantino is a genius and his most recent work is no exception. It may be a little gory for the faint of heart but worth it even if you’re eyes are glued shut and you’re just listening to the dialogue.

I’m incredibly bummed that I haven’t yet seen this movie but figured from what I know of its plot this was an appropriate choice.

Despite its realistic -and to many seemingly depressing – beginning this movie launched me into a delightful world of fantasy. Quite possibly the most quoted movie of this bunch in my house this year I really thought it was exceptional if you were able to look beyond the sad part and recognize the whole. The Avett Brothers take on the traditional hymn I’ll Fly Away is one any a cover lover should have in their collection.

I’ll Fly Away – The Avett Brothers

This enthralling movie wins my vote for picture of the year. It manages to capture the very literal day-to-day realities of the soldiers in Iraq and does so without injecting a political skew. It’s great don’t skip it.

Pretty much anything Nick Hornby puts his touch on gets my immediate attention. So I can say, without even having seen the movie, that I had to go with a classic done with style. Peter, Bjorn & John’s rendition of Me & Julio is as enjoyable as I can imagine I would find the movie.

Me & Julio Down By The School Yard (Paul Simon) – Peter, Bjorn and John

Yep, once again I lean to the literal. I haven’t seen this one nor do I see myself rushing out anytime soon to rent it. Thankfully I had this number in my archives to correspond to this one.

This is another one I’m kicking myself for not having seen by now. I always knew Sandra had the potential to really hit her mark. I’d say she’s already done it numerous times but never in a film the Academy is going to recognize. Owen Pallet gave his treatment to this Celine classic and it’s just about perfect for the storyline as well as Sandra’s quirkiness.

Up In The Air

This movie was another understate gem. The story line wasn’t anything complex nor were the characters yet the cast and crew wove them together so deliberately that the whole came together wonderfully.

In An Airplane Over The Sea(Neutral Milk Hotel) – The Chairs

Probably the lowest on my list of “to sees” so I’m going with what everyone else has said about and choosing this classic.

What A Wonderful World – The Flaming Lips